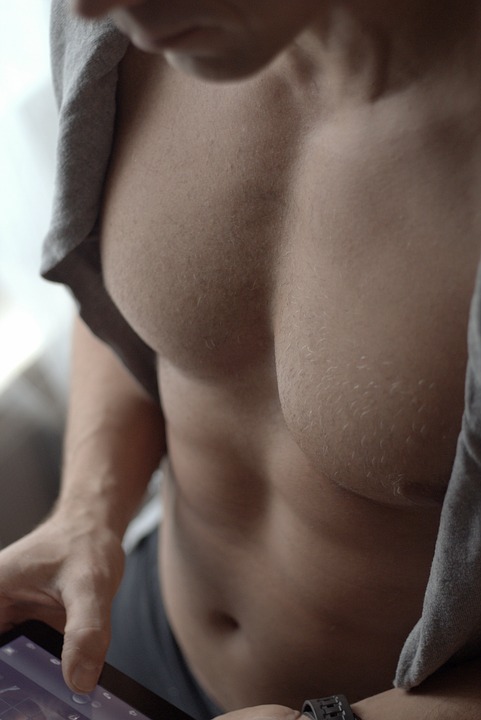 In 1992, a mysterious couple appeared to Gary Renard in his modest living room. That night, they told Gary they were “ascended masters” who had come to reveal the secrets of existence. Their subsequent visits and conversations with Gary formed the basis of three books.

Once in a while a book comes along that changes the way we look at the world. That’s what happened to me when I read Gary Renard’s first book, “The Disappearance of the Universe (DU).” The book promised to reveal the truth about why we are here. The meaning or purpose of life has always been my favorite topic. In Catholic school they tried to explain, but too many questions were answered by calling them “mysteries” that only God could know. I tried reading a book called ‘A Course in Miracles”, but was unable to understand it. Then along came DU.

You have to love a book that offers to explain the meaning of existence. I know the Christian Bible serves this purpose for many people, but after studying the Bible, I found many things still remained “mysteries.” I loved the idea of having the meaning of life explained in modern language once and for all.

So, did the book deliver? For me, it did. The book immediately struck a chord with me. I had the feeling I was learning things I have always known, things I had always known, but forgotten. The book is actually a kind of introduction to another book called, “A Course in Miracles (ACIM).” As I mentioned, I had tried to read ACIM some years ago, and could make no sense of it. After reading DU, I attended a seminar given by Gary Renard. It was there I bought my first copy of ACIM. It makes more sense to me now, and I have been studying the Course ever since.

Gary likes to tell jokes and he told a couple good jokes that day. I told him one of mine, but he didn’t seem too amused. Maybe he had heard it before and was too polite to say. The other thing I took away from the seminar was that Gary Renard is modest and polite and true to the things he teaches. I can also say that I observed some colored lights surrounding his head as he spoke. I have never seen anything like that before or since.

Gary wrote a second book called, “Your Immortal Reality.” The second book was good – some reviewing of concepts covered in the first book, and some new material, including some fascinating predictions about the future. I may write about those predictions someday, but today I want to share the teachings about health and healing.

Gary’s third book was delayed for several years. I never did find out why it was delayed so long, but I think the reason is that Gary’s first books have made him a popular speaker. His life became a whirlwind of travel and lectures and book promotions. He has become one of the most popular teachers of ACIM in the country.

When the third book was finally released, the reviews were mixed. There was more review of teachings from the first two books and from ACIM. There were more predictions about the future. One day i will write about some of the predictions.

Gary Renard’s books are spiritual in nature and the physical body is downplayed in favor of mind and spirit. That’s why it was so surprising to find a chapter on the health of the physical body in the third book. Not only does the book discuss health, it makes statements as bold and surprising as the seemingly outrageous spiritual teachings from the first two books.

The first book had a chapter on spiritual healing and that’s what I expected to find in the third book. Instead, there were suggestions about keeping the physical body healthy. The book contained twelve suggestions to stay healthy including advice about drinking 35% food grade hydrogen peroxide. It also mentioned that intravenous vitamin C treatments are curing cancer in some parts of the world.

The book cautions readers to follow instructions carefully when drinking food grade hydrogen peroxide and suggests a book called “The One Minute Cure” to find the best instructions. Since I read “Love Has Forgotten No One,” I have been drinking food grade hydrogen peroxide and feeling more and more confident about my own health.

Besides, starting my own regimen of drinking the hydrogen peroxide three times a day, I have been researching and writing articles about the ideas in the chapter on the health of the body. While I cannot say I have been able to confirm the truth of all the ideas, I can say I have found nothing to contradict them either. I learned that people have been writing about hydrogen peroxide for most of the last century. It is being used intravenously as well as orally. The same for vitamin C. Linus Pauling is the best-known advocate of vitamin C cancer treatment, but there are others. Dr. Jeanne Drisko at the University of Kansas Medical School is a strong advocate. She uses IV vitamin C treatment in combination with chemotherapy and is publishing some very encouraging results.

So, the things I learned in “Love has Forgotten No One” were very surprising to me. Other people have known about these treatments and been writing about them for many years. I am doing my small part to get more exposure for these treatments by writing about them. I have written several articles about food grade hydrogen peroxide and another about intravenous vitamin C. I have learned that there is great resistance in the medical community to so-called alternative treatments, but some of that is to be expected. I believe that if something works, then eventually it will be accepted by the medical establishment. People like Dr. Drisko will be our guides by testing the treatments and documenting the results. If the treatment is indeed curing people of cancer in some parts of the world, then it’s only a matter of time before it becomes accepted practice here.

I would love to hear from you if you know of any cases where intravenous vitamin C has cured cancer anywhere in the world. Meanwhile, I keep researching and drinking my 35% food grade hydrogen peroxide diluted in distilled water three times a day!

The joke I told Gary Renard? Did you hear about the two antennas that got married? The wedding wasn’t much but the ‘reception” was great!